You are here: Home » About us » Press releases » Food price hikes lead to more hunger in cities 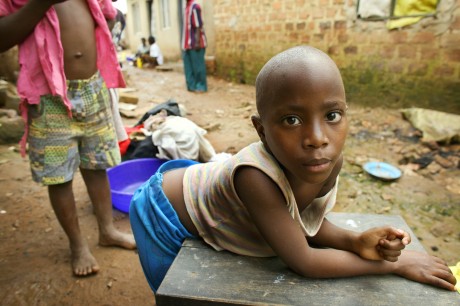 Rising food prices are pushing people below the poverty line and leaving more people hungry, says Mark Wilson, Executive Director of Panos London. In response to recent reports on food security and concerns about famine, Panos London today launched a new case study series, Hungry in the City, which investigates the effects of food price hikes and rising inflation on people’s ability to find food for themselves and their families.

In the final months of 2011, world food prices remain significantly higher than in 2010 and are approaching 2008 record levels. These price hikes hit poorer people particularly hard. People are moving to the cities in search of employment and food and to improve the quality of their lives but with the global population expected to increase to 9.1 billion by 2050, some experts fear that there may not be enough food to feed everyone.

With famine in the Horn of Africa and food prices close to a three-year high, hunger is the issue of our time. The Global Hunger Index, which measures and tracks hunger around the world, launched this week with a focus on price spikes and food price volatility. Meanwhile, The International Federation of the Red Cross and Red Crescent Societies (IFRC) chose to focus their authoritative World Disasters Report 2011, published last month, on hunger and malnutrition. The report highlights the fact that the era of cheap food is now over and that many poor people are suffering as a result.

Hungry in the City is a collection of stories from people in developing countries around the world who explain how they are surviving in an era of higher food prices, inflation and hunger. These case studies are offered for use alongside articles on food price hikes, inflation, urban living and hunger.

The media pack includes quotes from a father who moved to Islamabad with his young family after the 2010 floods in Pakistan destroyed his home and business; a motorbike-taxi driver from Kampala who can no longer afford milk for his children; a maid in Delhi who often goes without food in a bid to feed her family; a mother from São Paulo who struggles to feed her children on her wage as a part-time cleaner; and a homeless man in Buenos Aires who picks through waste to make ends meet.

Mark Wilson, Executive Director, Panos London, said: “This media pack has been produced by Panos London to show the realities of daily life for poor people in cities around the world as they try to feed themselves and their families. With less nutritional food available, daily living has become a struggle and more people are going to bed hungry.

“Rising food and fuel prices are forcing the urban poor to make drastic choices about what they must go without in order to afford the basics to survive. Hungry in the City puts a human face on their daily struggles.”

Lakshmi Kumari, a maid and mother in Delhi, India, explains:

“When I go to bed hungry, I can feel anger boiling inside me. Sometimes I quietly curse everyone around me. Other times, I say it out loud. Hunger makes me angry.’”

Detailed first person interviews and accompanying photographs of the following people are available for publication upon request:

Islamabad: Musheer Ahmed, 45, a taxi driver and Shamim, 35, a sanitary worker in a local college

Kampala: Charles Kaddu, 38, a boda boda (motorcycle) driver and Rebecca Namuyomba, who has a vegetable stall