You are here: Home » About us » Press releases » Panos London challenges film students to amplify voices 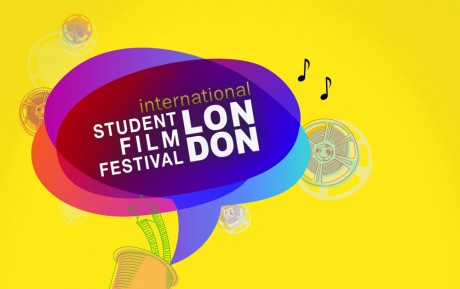 International development charity, Panos London is proud to be sponsoring the first London based international festival dedicated to student film. The Student Film Festival London (SFFL) 2012 runs 3-5th February and will be held at the London College of Communication. The three day event will offer students the opportunity to showcase their work and meet industry professionals.

As part of the festival events, Panos London is launching a 72-hour challenge for five student filmmakers to create a 3 minute short film around marginalised voices. The challenge will launch as part of the SFFL Opening Ceremony 2nd February 2012.

The films will be featured on the SFFL website for one week and the winner will be declared by a public poll on Friday 10th February. The lucky winner will be awarded a residency at the development charity to learn more about our work, particularly in terms of the use of participatory approaches to media and communication.

“We are delighted to be taking part in the festival and are looking forward to seeing what our film makers present in the challenge. Film can be a strong medium for challenging preconceptions and stereotypes about people. There are many ways of producing accounts and narratives about people’s experiences that are capable of connecting with an audience or creating a new perspective on a special subject.

“Our participatory approaches ensure that the very people we are supporting have a say in the process as well as the final product and message we aim to convey. For us, that is the only way we can influence and broker positive change. “

The Student Film festival 2012 will see International students from over 38 countries flocking to London to take part in the celebration of student film. There will be a range of screenings, workshops and discussion panels for all tastes. The films have been selected for awards by a star-studded judging panel, which includes Simon Pegg (Shaun of the Dead, Hot Fuzz), Jan Harlan (producer of The Shining, Eyes Wide Shut, A.I Artificial Intelligence) Jabez Olsen (editor of the Lord of the Rings trilogy), Alex Williams (film animator and cartoonist of the Lion King, Harry Potter and the Chronicles of Narnia) and Kevin Loader (producer of In the Loop and Wuthering Heights, 2011).

Panos London works to break the barriers that keep people silent. We create new spaces for dialogue and inclusive platforms for people who are often not heard, by engaging with the media, using participatory communication approaches and technologies, such as mobile phones, social media, oral testimonies and video and photo storytelling. www.panos.org.uk

Our work in film:

Panos London and its network offices around the world have a history of involvement in participatory, documentary, and journalistic filmmaking.  We’ve supported teenagers in India, Thailand and Indonesia to make short film about their lives, and farmers in southern Madagascar to make films about environmental change. We have worked with people living with HIV and facing deportation from the UK to produce their own video stories about their lives.

Student Film Festival London is a platform for young filmmakers to showcase their work and to meet established industry professionals. Founded by enterprising young people for young people, the festival aims to support aspiring filmmakers, set designers, actors – cast and crew alike, to bring their colours to the future of cinema. For details on the programme and how to get tickets see: www.sfflondon.org