You are here: Home » About us » Press releases » Panos London to close but the work goes on

Panos London to close but the work goes on 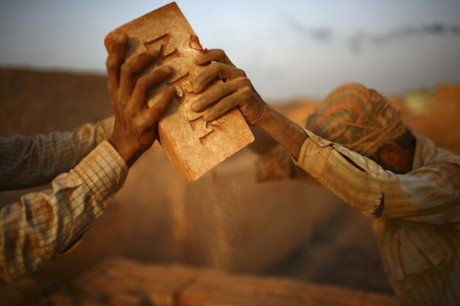 In March 2013, the London office of the Panos Network will close, bringing 26 successful years to a conclusion. The decision to move towards a managed closure was taken by Panos London’s Trustees following an extensive review of operational costs, the external funding environment and strategic direction.

The international development NGO is currently in discussions with its donors, other Panos Network offices and partners to take on its existing projects, while preparations are underway to establish a single Panos Europe in 2013 to be based in Paris.

Chair of Panos London, Birgitte Jallov, said: “The decision to close was very difficult as Panos London had a number of strong projects and more to contribute to development thinking specifically in the field of communication for development.

“But international development funding is increasingly being targeted directly to operations in developing countries. Given this funding shift, and today’s extremely competitive funding environment, it is becoming more difficult financially and less strategic to sustain a London base.”

“Critically, it was more important that we were in a position to manage the organisation’s closure responsibly rather than risk a sudden closure that would have impacted negatively on the rest of the Panos Network and their own valuable work.”

Panos London’s strategy 15 years ago was to help create today’s Panos Network and to support its successful growth. It has since grown to a network of seven autonomous organisations in Europe, West, East and Southern Africa, the Caribbean and South Asia. The closure of Panos London will bring the total number of Panos Network offices to six.

“Through our journalism, we have highlighted underreported stories and we have encouraged the professional development of hundreds of journalists in the global South.

“When Panos London began, participatory communication was at the margins of development practice, now it is at the centre. Panos London was among the first to explore the links between the HIV epidemic, poverty and powerlessness; these links are now undisputed.

“We want to thank all the partners and staff over the years who have supported Panos London and a special mention must go to SIDA and DFID for their long-standing support.”

The Panos London website will be available as an archive after January 7th 2013.

Highlights of the work of Panos London include:

– Bringing the concept of voice and the participation of affected communities to the centre of development discussions and policy choices;

– Development of oral testimony methodologies and, through the use of those techniques, the dissemination locally and globally of the views and perspectives of thousands of marginalised and excluded people and communities from all over the world;

– Groundbreaking work on the effects of HIV/AIDS in the developing world;

– Supporting thousands of media organisations and tens of thousands of journalists and editors to report forgotten or previously untold stories;

– The reports, feature articles, radio and television programmes, web stories and blogs which have brought new perspectives to millions of readers, listeners and viewers in both developed and developing countries;

– Advocacy for the vital role of media and communication in achieving successful and sustainable long-term development.

Notes to editors:
1. In 1986 Panos began as a small environmental charity set up by former staff from the International Institute for Environment and Development.
2. Panos London was one of seven autonomous institutes with a Secretariat based in New Delhi. See www.panos.org for more details.
3. Panos Pictures, the award-winning photo agency, is separate to Panos London and will continue to operate as usual. To find out more about its work visit www.panos.co.uk