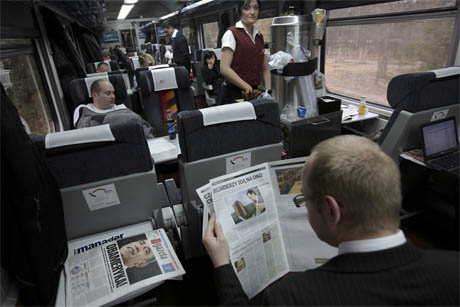 The focus of this project is to increase the availability of original, high-quality articles and broadcasts about life in developing countries written by local journalists. The coverage will include the opinions and voices of those most affected by issues such as climate change, HIV and AIDS, and trade.

The project aims to nurture and support up-and-coming journalists in developing countries to contribute stories to the media in UK, Spain, Sweden and Poland.

Panos London has supported hundreds of Southern journalists to increase their editorial skills to the point where they can now report for international publications, as well as giving them the technical knowledge required to report in-depth and at length about complex development topics.

Click on a pointer on the map to find out more about some of them:

You can also read the latest updates for more work by these journalists and others.

Panos London’s journalists are commissioned on a regular basis to produce quality articles and radio features in a range of formats. This includes photo diaries, features, comment, blogs, oral testimonies and interviews with people who may not get their voice heard on international issues.

The project targets European media in 4 countries, with staff in London and media consultants in each country forming the Panos London project team.

David Dahmen has been reporting on development issues for over 30 years, having travelled widely in Africa, Asia and Latin America. Following a Bachelor of Arts degree in Communication and International relations, David joined various newspapers and news agencies, also acting as a Press Officer with the Swedish International Development Agency (Sida) and Swedish Save the Children for a number of years. Since 1998, David is a freelance reporter/photographer at Mosebacke Media, a network of journalists, specializing in global environment issues.

Karin Elfving recently returned to Sweden after four years of service at the Swedish International Development Agency in Bamako and at Panos Institute West Africa in Dakar. Previously Karin has also been living in Senegal working for the Senegalese newspaper, Info7. As an independent freelance journalist she writes features from Sweden, West Africa and Latin America. Karin is specialized in issues touching upon gender, post-colonial relations, migration and cultural transformations.

Carles Casals (Barcelona, 1961) is a journalist who specialises on development issues. He has been working for Spanish NGOs – Intermon-Oxfam, Jesuit Refugee Service and Save the Children –  as writer and press officer for more than 25 years. He is the author of two books (in Spanish): La Globalización, apuntes a un fenómeno que está cambiando nuestras vidas (2001), which was about globalisation; and Expulsados de su Tierra (2004) about Internally Displaced People around the world. For the past six years he has also taught journalism at a private university in Barcelona. He has previously worked for the Panos Institute – from 1997 till 2000 – on the News from the South project.

Iwona Kadluczka joined Panos London in September 2010 as Media Consultant for Poland. She is also working as Foreign News Correspondent for a leading Polish newspaper publisher Agora SA. Following graduation from the BA Course in Journalism and Social Communication at prestigious Jagiellonian University in Krakow, Poland, in 2006, Iwona moved to London to fulfil her dream of becoming an international journalist. She has been working for various Polish outlets since then. She was professionally trained with the Daily Mirror and recently graduated from MA Journalism Course at London College of Communication, UAL.

Anna Egan – UK
Anna Egan joined Panos London in 2004 as radio editor. Before Panos, Anna was reporter and producer at the BBC Radio 4 magazine programmes Woman’s Hour and You and Yours. As a news reporter she  trained with the Newcastle Chronicle and Journal and the Surrey Mirror. Previous charity work includes two years as coordinator of the UK digital television channel the Community Channel.

Lilly Peel – UK
Lilly Peel joined the Panos London editorial team in 2009. Before joining Panos she worked as a reporter on the business desk of The Times in London. Lilly worked for two years as a feature writer and editor for The Statesman in Kolkata, following a year as an associate director for a PR company in Delhi specialising in health issues. Before moving to India she worked as a senior reporter on The Argus in Brighton.

For further details about the project contact Tia Jeewa at Panos London tia.jeewa@panos.org.uk

Funded by Europeaid and Sida:

I am committed to blog on

Mary Madiga’s blogs aimed at a global audience have made people listen in her own state for the first time.

Jag Roshan Sharma wanted a vasectomy in order to pay his children’s school fees. The choice to limit the family sizes is increasingly common and cash incentives are offered to women living below the poverty line to use birth control.

Afghan mothers at risk with every birth

Aunohita speaks to mothers, NGO workers and the Deputy Minister of Health in Afghanistan to examine the strains placed on women in the family – fertility, contraception and social pressures.

Ambra blogs about some controversial topics around treating people with drug dependencies in Manipur. Also, a new initiative looks to diagnose HIV in infants as early as possible.

“We know we are destroying our environment… but we don’t have any choice.”

This project increases the availability of original, high-quality features on development by building long-term, working relationships between southern journalists and European editors.