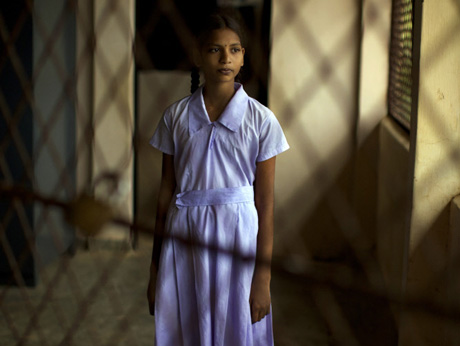 Since the end of the Cold War, forced migration has been a phenomenon largely affecting developing countries. By the end of 2008, the United Nations High Commission on Refugees (UNHCR) reported that globally there were 15.2 million refugees and 26 million internally displaced people (IDPs). The sheer magnitude of the numbers of refugees and IDPs poses significant challenges to governments and international institutions.

This topic guide will be examining some recent research exploring the anxiety and uncertainty that refugees and displaced people suffer from as they try and reorganise their lives; as this topic guide explores this can be caused by lack of adequate healthcare, ambiguity about repatriation, or problems around property rights. It offers journalists an insight into the effects of ongoing displacement, and the similarities that exist between different displacement experiences.

Since the drafting of the UN Refugee 1951 Convention Refugee and IDP situations have changed significantly. There are temporary connotations attached to the terms ‘refugee’ and ‘IDP’, the UN convention assumes that people would only be displaced for a limited amount of time. But this doesn’t reflect the situation on the ground, with many refugees and internally displaced people living in increasingly protracted situations, where, for example, they either can’t return to their country of origin, or are not able to properly settle in their host country.

Growing up in protracted refugee situations, away from traditional social structures and in hostile host communities, inevitably affects a person’s perception of their own identity. Identity and gender issues in refugee studies have predominantly focused on the female experience, leaving the male perspective under researched. The summary report, Sudanese refugee youth ‘gangs’ in Cairo published by Forced Migration Review, studies Sudanese male refugee youth living in Cairo. The loss of traditional social structures as a result of flight coupled with marginalisation in their host community has left many young Sudanese refugee men feeling emasculated. To reassert power and form substitute social structures, gangs have been flourishing amongst Sudanese refugee youth. Although most gangs are not aggressive, violence can sometimes erupt. Clashes between rival gangs offer a way of reasserting power and re-interpreting social order. In the absence of social provisions, gang structures can often fill the gap in positive ways.

The UNHCR ultimate goal is to end the situations that cause forced migration as soon as it is possible to do so. There are three durable solutions: allowing refugees to return to their area of origin (known as repatriation), local integration or resettlement. Since the UN refugee convention was signed there have been many civil wars that have lasted decades, as well as a number of natural disasters making it hard for durable solutions to be implemented. Without durable solutions refugees are placed in a vulnerable position and whilst international law protects the rights of refugees and displaced people the considerable strain their situation puts on host countries means that these rights are sometimes not respected as they should be.

When refugees and displaced peoples return home, the worst is sometimes not over. Many refugees are confronted with problems such as housing, land and property rights when they come home. A report by the Center on Housing Rights and Evictions report, High Security Zones and Rights to Return and Restitution in Sri Lanka, found that many displaced people in Sri Lankan returning to their homes in the Trincomalee district were unable to access their houses and livelihoods as the area had been designated a High Security Zone (HSZ). High Security Zones were created by the Sri Lankan government for security reasons. The report however, suggested that HSZs were imposed for the sake of military convenience or to reduce land costs rather than for national security issues. The lack of access to their houses continues these people’s displacement adding to their uncertainty and vulnerable position.

Below are the key issues raised by the different pieces of research considering the different aspects of forced migration raised in the overview.

The summary report Sudanese Youth Gangs in Cairo published by the Forced Migration Review covers the issues facing young Sudanese refugee living in the Egyptian capital. Egypt holds signatory status to the 1969 OAU Convention on the Specific Aspects of Refugee Problems in Africa, which binds it to certain responsibilities towards refugees and asylum seekers within its territory. However, it also has a number of reservations regarding the 1951 UN Refugee Convention, such as limited refugee access to public education, employment and social security. This stipulation has caused tensions between the Sudanese refugee population living in Cairo and the local community, which resulted in a violent upsurge in 2007 when young Sudanese refugees were killed during a protest outside the UNHCR office. The report found that gang culture has arisen in response to a lack of social support and structures.

Repatriation raises several issues regarding durable solutions for the protracted displacement of a population. The report I don’t know where to go: Burundian Refugees in Tanzania under Pressure to Leave, published by the Centre for the Study of Forced Migration (CSFM) and the International Refugee Rights Initiative (IRRI), is a study about Burundian refugees in Tanzania. In October 2009 the (UNHCR) announced the last of the so-called 1972 Burundi refugees, who fled ethnic conflict almost 40 years ago and had been living in Tanzania since then, were returning to their home country. According to the UNHCR, around 54,000 Burundians displaced by the 1972 conflict were repatriated from Tanzania. However, the CSFM/IRRI report raised a series of concerns about the legality, durability and effectiveness of the repatriation campaign led by the UN and the Tanzanian government:

The report High Security Zones and rights to return and restitution in Sri Lanka published by the Centre on Housing Rights and evictions looked at property rights problems that Sri Lankan displaced people are facing as the result of the country’s two decade long civil war. The report found that without fair and long-term solutions to housing, land and property rights based on international law and norms, displaced people are at greater risk of suffering human rights violations and making future conflict more likely. The Sri Lankan government implemented High Security Zones (HSZs) that prevented displaced people returning home for security reasons. However, the issue of HSZs has been highly criticised due to a lack of transparency in implementation. The report has found that:

Refugee is a person, who, owing to a well-founded fear of being persecuted on account of race, religion, nationality, membership of a particular social group, or political opinion, is outside the country of their nationality, and is unable to or, owing to such fear, is unwilling to accept the protection of that country.

Internally Displaced Person (IDP) is a person forced to flee their homes but who, unlike refugees, remain within their country’s borders

Repatriation is where a refugee returns to their country of origin or citizenship. The UNHCR prefers this durable solution.

Protracted refugee/ IDP situation is where a person finds themselves in a long standing and intractable state of limbo as a forced migrant.

Resettlement is the assisted movement of refugees to a safe third country who are unable to return home. This is the UNHCR’s least preferred durable solution.

Local integration where refugees or IDPs are integrated in their host country/community.

Naturalisation is when a person acquires citizenship or nationality from a country where they were not born.

Asylum seekers is a term that describes people that are seeking refuge in another country but have not been granted refugee status yet. Host government agencies decide whether a person is eligible of refugee status.

Irregulars refers to those refugees who stay in a host country without being officially accounted for.

High Security Zone (HSZ) these are areas of land that the Sri Lanka government has marked out supposedly for security reasons during the civil war after people fled the areas.

Wassel, T., High Security Zones and rights to return and restitution in Sri Lanka published by Centre On Housing Rights and Evictions

I don’t know where to go: Burundian Refugees in Tanzania under Pressure to Leave, published by the Centre for the Study of Forced Migration (CSFM) and the International Refugee Rights Initiative (IRRI):

Quintero L, A., and Culler, T A., IDP Health in Colombia: needs and challenges published by Forced Migration Review