You are here: Home » Blogs & features » Voices from the Ground » I had to prove hundreds of babies were dying

I had to prove hundreds of babies were dying 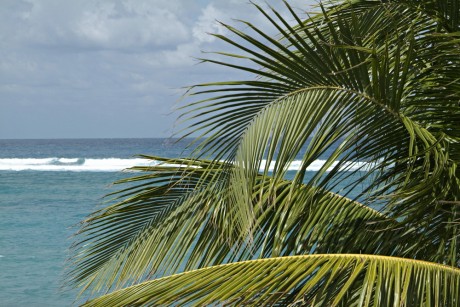 HIV work is my purpose. I can’t separate HIV from my personal life. It’s who I am and what I’m called to do.

I always knew I wanted to be a doctor. It’s a dream I had cherished from when I was really small. As a little girl, I had a toy stethoscope. I was going to fix hearts! I wanted to be a missionary in Africa but I didn’t want to leave home.

When I became older, and in my early years in medical school, I was still focused on doing adult cardiology. However, during my internship I had to resuscitate both newborns and adults and the babies seemed more resilient. The children would get up and play after they were better. Adults just didn’t give me that same sense of joy.

I became interested in HIV medicine after I finished medical school. Jamaica AIDS Support, or JAS, a support organisation for people infected and affected by HIV, had a hospice across the road from my church. One day I watched a programme called Caribbean Crossroads about a young man with HIV, which followed his struggles and triumphs. He explained that as he struggled with the illness he turned to God for help. The same day I went over to the hospice and brought a few of the patients mangoes and asked if I could visit.

I also got to know two children at the hospice who were patients at Bustamante Hospital for children, where I did my residency training. One of them died. But the other child was taking anti-retroviral drugs that were purchased overseas and she is alive today. That was 16 years ago!

I realised that ARV treatment meant the difference between life and death for people with the HIV virus, especially children. In 1998 I spent two months in Canada at the Toronto Hospital for Children with HIV and saw what HIV treatment could do.

I remember breaking down in tears on one of my rounds when I saw a patient come in who had thrown away her medication. I thought: “My HIV positive kids in Jamaica can’t even get that and you are throwing it away!”

That prompted me to carry out island-wide research on children with HIV. I wanted to document the number of children that had been diagnosed with HIV since the virus had been identified in the 1980s and find out how many of them had died. I wanted things to change for the children. I wanted them to live, even though they had HIV. But they needed medicine to be able to live for a long time with the virus and I needed proof that hundreds of babies were dying – babies that could be saved.

After completing my residency in Canada, I knew I needed to learn how to do research properly as I had attempted to write a research paper a few years before and had difficulties in getting it published. I was recommended for a research grant by one of Jamaica’s leading epidemiologists, Professor Peter Figueroa. I was awarded the AIDS International Training and Research Programme grant, a research training programme sponsored by the Fogarty International Center in the US. This programme provides training for scientists at institutions in countries defined by The World Bank as low income, lower-middle income or upper-middle income. I did part of the course at the University of the West Indies, Jamaica, and my advanced research training at Johns Hopkins University in Maryland in the United States.

That pretty much equipped me for the work that I do today. I believe this is what I am called to do and I believe that every door of opportunity that opened for me was ordained to enable me to do what I am doing now to help babies with HIV remain healthy and alive.

When I was in Toronto 12 years ago, I met young people who had been born with HIV who were going to college and thinking of getting married. That’s what I wanted for my Jamaican children. I wanted them to be able to take their medicine and live instead of dying before they were even one year old.