You are here: Home » Blogs & features » Voices from the Ground » The bleak days before HIV treatment

The bleak days before HIV treatment 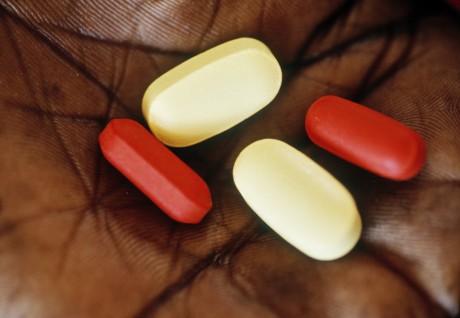 When I started working in HIV peadiatric care in 1995 at the Bustamante Children’s Hospital in Kingston there was no HIV medication available in Jamaica to give to babies born HIV positive.

The most we could do for the babies was treat the infections brought on by the HIV virus, manage their nutrition and try to make them as comfortable as we could. But there was really nothing we could do and we would tell this to the parents – although not immediately.

At that time, those HIV positive babies would not live beyond one year. We referred to them as ‘rapid progressers’ who would develop AIDS very quickly and die shortly after being diagnosed with HIV.

In those days, HIV testing was not a part of ante-natal care and so we would only find out that the mothers were HIV positive when they would take their sick babies in for treatment and the babies were diagnosed with HIV.

At that point, the mothers would have to deal with the heavy emotional task of a double HIV positive diagnosis as they found out that both they and their babies had the virus.

This had serious implications for their health as antiretroviral drugs (ARVs) were not widely available in Jamaica. The few HIV positive people who were able to access the drugs sourced them from overseas at a very high cost that very few people in Jamaica could afford. At that time, I only knew of two children in Jamaica who were HIV positive who were able to be on ARV drugs. Their medication was being paid for by the Jamaica AIDS Society, a support organisation for HIV positive families that bought it overseas.

Even though we knew that their babies did not have long to live, we would not tell that to mothers right away. We felt they would handle the situation better if we broke the news to them slowly.

First, we would offer them some hope, and we would try to maximize all we had, but when the babies were in an advanced stage, that is when we would try to break the news to the mothers as best as we could. It was heartbreaking watching the children die and also watching the mothers lose hope as their babies became visibly sicker and they realized that even though we were doctors, there was nothing we could do to make them better.

When the children became really ill, that is when we would say: “We have done all we can, but your child is going die.” Then we had to deal with overwhelming feelings of guilt from mothers who blamed themselves for infecting their babies.

In those days, there was no formal psychosocial support system to help those mothers work through those emotional issues. Knowledge of the disease was very low so stigma was very high and they were even afraid to reach out to others within their family and social circle for support. They were faced with a double HIV diagnosis as well as community isolation and rejection.

As doctors working in a public health system, we had hundreds of other patients to treat, and we also had to try to take on a whole lot of social issues and try to cope. The few social workers in the system would try to assist them in helping to find work for those who had lost jobs or a place to stay for those who were expelled from their homes and communities, or help them find food for the family and other practical things to help them survive.

While we supported them as best as we could, it was the mothers who became their own tower of strength and even supported each other.

After a while, the mothers with the HIV positive babies were able to recognize each other as they would see each other during clinic visits and they formed a hidden support group.

Faced with dying babies and mothers who themselves were ill, depressed and in difficult circumstances, I felt a sense of hopelessness that inspired me to do what I could to stop this from happening.