You are here: Home » Blogs & features » Voices from the Ground » I’m worried one of my sons will migrate to Spain

I’m worried one of my sons will migrate to Spain 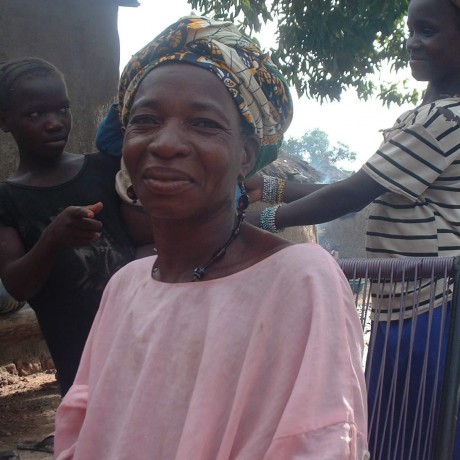 I’m worried that one of my sons will migrate to Spain. He only talks about this project and doesn’t have any plans to do anything else. He has asked for the support of all the family to get him there. We can give him some money and our blessings for the success of his voyage. However, if I could do something to deter him from migration, if I could find a job for him so that he would forget this dream, I’d be really glad and my worried mind would be still.

I know it is not easy to go to Europe. There are numerous dangers on the way. Many young people are reported dead on the road and a lot of families never get any news of their youngsters who leave home for those rich countries.

In the Sahara desert they face severe heat and some pass away from exhaustion.

But what I fear most for my son is that he will drown in the sea while crossing to Spain. This is how most migrants die.

Those who survive tell how they are mistreated, how cruel the ferrymen and the police officers who control the Mediterranean coasts can be. They describe horrible scenes on board the boats and recall how many of their fellow migrants die before they reach their destination.

The young people are in despair. This explains why they want to migrate to Europe. They feel that once they are there they will be able to make a living for their families.

The ones who work in Spain have changed the lives of their relatives. Their families are wealthier You see it from the houses they have built. They own cars, motorbikes and cattle and run small companies in Bamako.

I don’t agree with my son’s plan to go abroad, but I understand why he wants to go and I have to respect his choice. All he wants is to make a living. I can’t blame him for that because the unemployment rate is high in Mali. I know many young men who have graduated from university but still can’t get jobs. In the past those who had degrees had many opportunities to find a good job. It’s not the case nowadays. The government, which used to employ graduates, no longer does.*

This doesn’t mean those youngsters who migrate to Europe are all graduates. I don’t know what is going on in the other parts of Mali but in the villages around mine those who migrate have not all been to university. In fact, people have usually had limited access to education. For instance, the school in my village was only recently built. The children can now study up to the 9th grade [ages 15 to 16] without going out of the village, which wasn’t possible in the past.

Before they built a school in the village, the pupils had to walk 7km to the closest school, which was in the neighbouring village, Wéléssebougou. Some families find host families in the village for their children.

As there is no high school yet in my village the pupils who study beyond the 9th grade have to continue their studies in Wéléssebougou. You can meet these children walking on the road almost every day in the morning or at sunset. Just a few of them ride bikes.

Because of those difficulties many young people don’t reach high school. Girls are particularly affected as it is harder for them to walk such long distances.

Meanwhile, thanks to the new school in my village, the number of the girls enrolled in education is rising. But marriage is a hindrance to their education as many of them are obliged to abandon school to get married.

Another hindrance to girls’ education is the need to fetch water. Women are helped in domestic work by their daughters. For example, when you wake up early in the morning and take a broom to sweep the compound your daughter will fetch water for the kitchen.

This is in accordance with the tradition that demands that children help their parents if they want to be blessed. Besides, a girl has to do domestic work because she is a woman and that can be a hindrance to her education, even if she is living with a host family.

* Soumaila T Diarra, who interviewed Sale Samaké for this blog post, explains: “This situation started in the early 80s, when the government started to adopt World Bank and International Monetary Fund austerity policies. The government now employs just a few numbers of the graduates and the private sector doesn’t create many jobs.”