You are here: Home » Blogs & features » Voices from the Ground » “He drank himself to death” 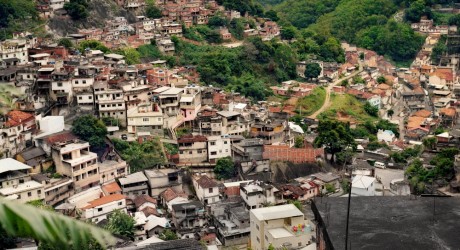 This was a sad week for us. The father of two of our zezinhos [students] drank himself to death. Officially pronounced dead of cirrhosis, the disease had grown worse on account of the lack of medical care in public hospitals.

I had been keeping a close eye on this family ever since their mother died. Raquel [not her real name], the oldest daughter, was the one who had found her mother lying unmoving on the bed. Her mother used to say that Raquel was old enough to take care of the family and once her mother died, Raquel created a psychological shell around herself so that she could face the ever greater challenges of raising her brother and sister.

It was Raquel who called the hospital. She was so calm that they thought it was a prank call. She then woke up her brother, who was 10, and her sister, who was 8. “Mum is dead; I will take care of you now,” she said. After that, Raquel called her father at work. In a matter of minutes, the 12-year-old became the one in charge of the household.

The children’s father quickly gave himself to drinking and drugs. He soon racked up a debt with drug dealers that forced the family to move.

This is what happens when you live in the favela: if you have unsettled debts with traffickers, you must exile yourself to avoid being killed.

He lost his job soon after the family moved to Diadema, a city in the greater metropolitan region of São Paulo. The kids had to start working and stopped coming to our school, Casa do Zezinho, but I never lost track of them. One of our teachers hired Raquel to babysit on weekends so we could keep track of her whereabouts.

When Raquel turned 17, I offered her a job as an assistant educator at the Casa. Another teacher rented a small place for her so that she could move back to our neighbourhood. She came, but felt a heavy guilt at leaving her brother and sister behind, even though she continued to support them financially.

Last month, her sister, now 12, called: “Dad’s vomiting blood.” She told them to take him to the hospital and to come straight over to her apartment. Two weeks later, he passed away. Raquel never got to say goodbye. Every time she went to the hospital with her brother and sister, the staff would limit visits to only two visitors and fo course she let her brother and sister go ahead of her.

She is now, both nominally and effectively, the sole caretaker for her brother and sister, and she shoulders much guilt for the difficult decisions she has had to make. We have put her and her sister in therapy and we are devoting a lot of resources to helping her brother. At age 16, despite being in the proper grade for his age in the public school, he still cannot read or write – an all-too-common reality in Brazil’s great public and democratic education system.

We will take care of them now.