You are here: Home » Blogs & features » Voices from the Ground » Pakistan: outcry against stoning 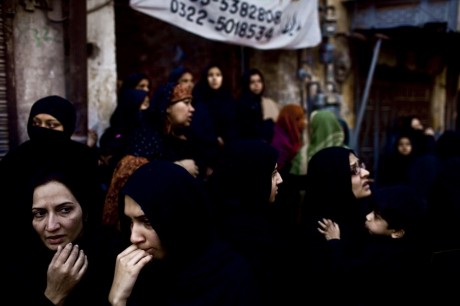 My NGO has recently become involved in the case of a woman who was stoned to death in Bairoch, a village in Mardan in Khyber Pakhtunkhwa.

The Taliban factions have control of this area of the province in northeast Pakistan.

In this particular case it is said that the woman had left her husband and moved back to her mother’s house in Swat. The man then called her back for mediation involving the local jirga (group of tribal elders).

When the woman came to the mediation with her mother her husband accused her of adultery and the jirga condemned her to being stoned to death.

We held an emergency meeting to chalk out what to do with other NGOs, as we are members of the “Gender Based Violence Committee” of the Provincial Commission on the Status of Women in Khyber Pakhtunkhwa. In this capacity we respond to any violations that take place as an advisory board. We act as a bridge between civil society and government so it is a good collaboration.

We prepared a statement for the press in which we condemned the act in the strongest possible terms as barbaric and inhuman and called upon the government to take steps to curb alternate systems of justice such as the local jirga that passes inhuman judgment against women for issues related to family and honour. According to the press statement, the government “should take notice of the horrendous act of stoning a woman to death and provide exemplary punishment to the culprits to set a precedent and serve as deterrence to such violence against women”.

We are now thinking of training women in criminal law and their rights according to the constitution, and of setting up mediation councils in lieu of jirgas.

These mediation councils could act as an alternative community dispute resolution body. We will see if it works – if it does, we will take it further as a new project phase.