You are here: Home » Blogs & features » Voices from the Ground » Fast intervention and working together saves women’s lives 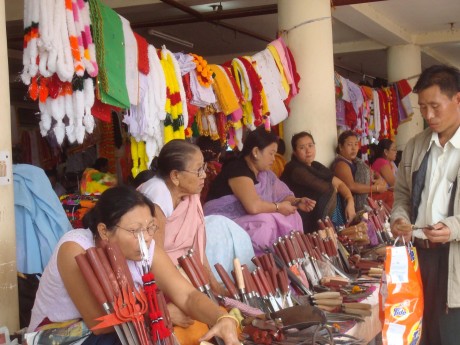 I have often spoken of a great contradiction in Manipur. On one hand, women are fighters and bread earners, and yet they are also victims. Between July to September this year, there were five suicides, five murders and three rapes of young girls and women in Manipur. This reinforced our belief that speedier and more effective intervention is required to bring down and curb the instances of violence against women.

Recently we have been trying to re-awaken and re-invigorate government departments and bodies, trying to get them involved in ensuring justice for the women who are survivors of violence and discrimination.

One example I would like to mention is the Manipur State Commission for Women (MSCW), which was set up five years ago. At the time we felt it was good that such a body had finally been established in Manipur but we were concerned by its toothlessness. It can only “review, recommend and advise” rather than take definite action. 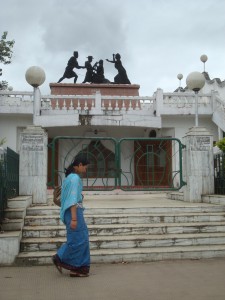 A woman walks past the Nupi Lan memorial in Imphal. The two Nupi Lan, literally, "Women's War" in 1904 and 1939 against oppressive state policies led by women of the state, is often cited as an example of women's courage in Manipur - Takhelchangbam Ambravati | Panos London

What we have been trying to do recently is to learn how to work together – the NGO I work with and the MSCW. Previously we would take on cases and see them to the end ourselves. Now we take our cases to the commission and work with them to see the case through. We also advise our clients to file an application to the MSCW. Sometimes the MSCW themselves advise their clients to consult us.

This arrangement is working out very effectively at the moment. The MSCW is beginning to realise that in many cases of gender violence, speedy intervention is the priority. In a recent incident, one woman in her late fifties was badly beaten up by her husband. Her case had already been with us for a sometime now as she has a long history of violence from her husband and her in-laws. One day her husband kicked her around badly. She suffers from asthma and was struggling to breathe. She managed to call us for help but when we went there her husband and her in-laws refused to take her to the hospital and also banned us from taking her ourselves. So we called up the MSCW and the police, and with their help, we were able to get her to hospital.

We are happy that we managed to save a life that day. This woman had been given our number in one of our regular sensitisation workshops held near where she lives, so she was able to use it to call for help.

Our lobbying and networking with the MSCW, as well as the police, is bearing fruit as they are ready to respond immediately to our calls. If such collaborations continue we are hopeful of a better future with greater gender equity and less gender violence.