You are here: Home » Blogs & features » Panos London Blog » Diamonds on the soles of our shoes 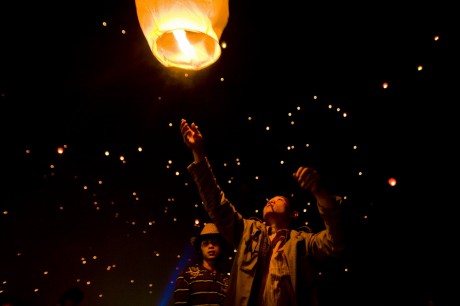 Improvisation and audacity in the early days

I was one of the happy band of volunteers who helped set up Panos London in its earliest days. We were all refugees from Earthscan, who jumped ship when Jon Tinker’s idea of floating Earthscan off from the International Institute for Environment and Development, our organisational mothership, got sunk by the IIED board. We resigned en masse, and a number of us followed Jon, our intrepid leader, in setting up Panos as a brand new entity.

Most of us were in our twenties, without families, mortgages, or too many commitments – so we were able to take chance working as volunteers for a few months over the summer and autumn of 1986, hoping we could get some funding in through the door before the phone bill was cut off.

Choosing a name was an early test.  I think Panos was Gerry Foley’s invention.  It was sort of Greek, vaguely translatable as torch or beacon, just about pronounceable in French and Spanish, and was not already taken.  Institute was added to make us sound authoritative.  It always fooled people, and I remember opening letters addressed to the Pianos Institute, and once, memorably, the Penis Institute.

We started out in borrowed office on Woburn Walk, just round the corner from IIED.  This was the hub of feverish proposal writing.  We were lucky in that Jon and Earthscan had built up a good reputation, particularly with its Nordic funders, so we were taken seriously and were able to call in some favours.  IIED were decent about it, too, and allowed us to transfer the important ‘Focal County Programme’, led by Don de Silva, over to Panos.

Once our first contract was in the bag, we looked for a permanent office space and Marty Radlett found a cheap place to rent above a discount phone shop at 8 Alfred Place, just off Tottenham Court Road.  We had to improvise for furniture, but at the other end of the street was the Reject Shop – and they had a skip out back where their rejects could often be scavenged.  It was quality stuff!

One of the earliest projects was to produce a Dossier on “Aids and the Third World”.  This was the inspiration of Renée Sabatier, who spotted the massive impact HIV/AIDS would have on developing countries and convinced Jon to get behind it.  It was a controversial (and brave) subject to choose to help launch a new organisation, but it proved timely and highly influential.

The challenge was to get aid agencies to take the issue seriously.  A high level conference was mooted, and to encourage participation a high class venue was chosen – a beautifully converted abbey in Talloires, on the banks of Lake Annecy, just across the French border from Geneva.  The next trick was to nail the participant list, which wasn’t easy given that Panos was completely unknown and AIDS was a ‘don’t go there’ kind of topic at the time.  Here’s where a classic Jon Tinker tactic came into play.  Draw up a list of agency directors.  Phone them in turn, telling them who else is coming (even though they haven’t confirmed yet).  Peer pressure and not wanting to be left out worked a treat, and we got directors of nearly all the major aid agencies along, together with a retinue of top scientists from this brand new field.

It worked a charm, but it was something of a high wire act.  The conference was held in March 1987 and it was all hands to the pump.  Jon and Renée fronted it.  Liz Carlile handled some fairly nightmare logistics.  One of my jobs was to pick up participants at Geneva airport and drive them the 60km to the venue.   This was made more complicated by the fact that France had just introduced tighter border restrictions for American citizens, in retaliation for a unilateral US move to tighten their visa regulations.  None of the American participants had visas and the embassy was closed for the weekend.  So I became an overnight expert on unmanned border crossings that I could sneak them across.

I lost the Minister of Health from Uganda, which wasn’t great protocol.  You can exit the airport directly into France and I never did find how he made it to the venue on time.  But he did.

It was a pivotal event.  As well as acting as a springboard for Panos, many of the participants went on to become leading figures in the HIV/AIDS world (Jonathan Mann, Peter Piot, Jan Egeland, Roy Anderson).

An abiding memory for me was speeding through the French countryside, rushing back to my next airport pick-up, blasting out Paul Simon’s newly released Graceland album on the hire car’s cassette player.  It was exhilarating, and privilege to be there, part of an emerging Panos team that was destined to do great things. It really felt like we had ‘diamonds on the sole of our shoes’.

Geoff Barnard was the first Director of Panos London, and later Finance Director. He worked for Panos until 1994.