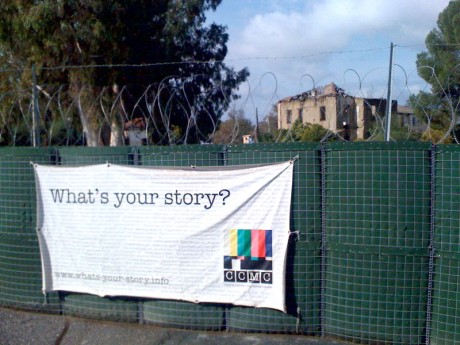 Community Voices from the ‘Dead Zone’

The first Community Media Forum Europe (CMFE) conference was hosted at the shiny new offices of Home for Cooperation in Cyprus earlier this month. Set in the UN buffer zone (locally referred to as the Dead Zone) among the ruined streets of the 1974 conflict, it was a sobering location to bring together 50 media organisations committed to increasing citizens’ voices in the political process.

The first session of the Forum provided an overview of the status of community media in Europe. The participants reflected a wide range of media, from city TV channels in France that have been set up with a levy on all advertising revenue that the main channels receive, to online radio stations run by enthusiasts. While the individual organisations may seem small, the scant audience research available from some European countries suggests that audience reach is between 12 per cent and 35 per cent of population. While there are still no binding international agreements on community radio in Europe, we are currently living in a golden age for the sector. 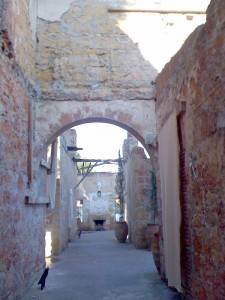 The conference centre in the dead zone, built in a ruined house from the 1974 conflict - Tim Williams | Panos London

The drive for community media is strong. The Council of Europe is establishing a media commission next year, and it is hoped that CMFE will serve as an observer on that body. The 47 member states of the Council have all already signed a declaration on community media. This declaration calls on the member states to provide bandwidth space or cable access for community radio – but there has been no monitoring of how that declaration is being implemented in individual nations. For example there’s no community radio in Romania, because the government there has not approved the legislation on the Council of Europe declaration. 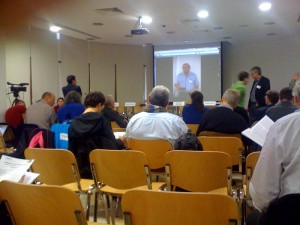 In other states, community radio is being “pushed” and marginalised onto Digital Audio Broadcasting channels. Community stations argue that they should have access to analogue channels, as this remains the main source of information for many of their communities.

In Spain the government has seized upon the Council of Europe declaration to apply regulations that make it impossible to operate. This includes limiting community radio transmitters to 25 Watts, when in built up areas like Madrid community stations currently use 1000 Watt transmitters.

The debate then looked within the sector itself. In Europe, there are two organisations that represent community media, Community Media Association and Asociacion Mundial des Radiodiffuseurs Communautaires (AMARC) and there was a call for them to work more closely together in these fields. There was a stumbling debate around definitions of what community radio/media actually is. For example, one representative from an umbrella organisation asked what community media is. However, others said that if the European Union and Council of Europe have defined this already and are happy with the definition, then the debate was sterile.  A French community TV producer also pointed out that the idea of community is unacceptable in France, and their preference is “participatory” media.

So what is the solution to these challenges? According to those in the room there was a three-pronged approach:

Having started my media career in community radio in Exeter and Ottawa, this session highlighted how this sector remains poorly funded. That hand to mouth existence in turn can create a lack of confidence in a sector. Yet it is clear that legislation in Europe is edging towards a better understanding of the role of community media. It is time for community media to grasp the nettle and confidently argue that in our post Arab-spring, social-networked world, community media is now more relevant than ever. 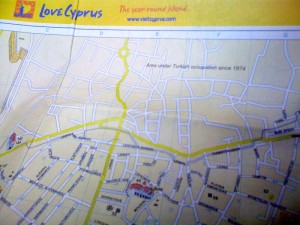 Nicosia, where the streets have no names - Tim Williams | Panos London