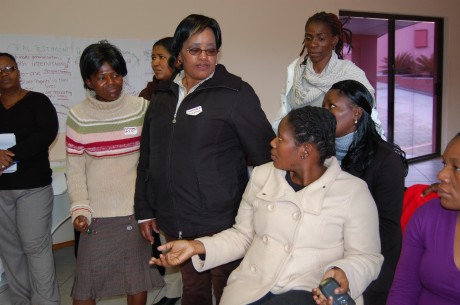 “I am alive because I went to test otherwise I would be dead… People think because I am HIV positive, that is the problem. But really the problem is not knowing your HIV status.”

These are the words of Khetsiwe, a 43 year-old single mother from Elangeni in Swaziland. Her experiences were being recorded by Khanyisile Mlotsa, an HIV treatment adherence counsellor who is HIV positive herself. Khanyisile developed her in-depth interviewing skills during a Panos oral testimony workshop in August this year, using them to listen to and record Sarah’s experiences of living with HIV and AIDS. 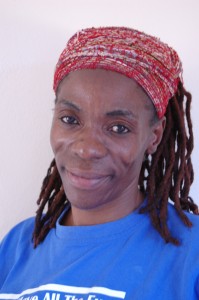 Khanyisile interviewed Khetsiwe as part of the “Give Stigma the Index Finger” project in Swaziland, Ethiopia and Mozambique which is funded by Comic Relief. Panos is working in partnership with national networks of people living with HIV (PLHIV) and the International Planned Parenthood Federation by sharing experience of oral testimony and media work following the roll out of the Stigma Index (www.stigmaindex.org) in each country.

So far the interviewing team has recorded and transcribed 35 interviews in the local Siswati language. These interviews are currently being typed up and then translated into English.

The emerging collection of testimonies from Swaziland already demonstrates the range and complexity of people’s experience of HIV and stigma and how that is influenced by social context. For Khetsiwe, knowledge of her HIV status helps her to cope with other people’s behaviour towards her. For some people in Swaziland, and for men especially, it is often the fear of stigma and discrimination which prevents them from visiting a testing centre in the first place.

Khanyisile was one of nine people who were trained in the Panos workshop. Most of the participants work as counsellors attached to clinics or hospitals around Swaziland and are HIV positive themselves. They had travelled to the workshop from different locations but knew each other from working together on the Stigma Index.

The workshop covered interviewing skills, topic development, recording equipment, and ethics and interview relationships. Everyone had the chance to carry out and record an interview and receive feedback on it.

Happiness Mkhatshwa, a project consultant who helped to facilitate the workshop, said: “People were given space and time to reflect about their own lives and this was an opportunity that people had never had.”

Lindiwe Mondy Simelane, project coordinator and workshop participant, said that the workshop “empowered me in a very special way”.

The team of interviewers met again at the end of October for a midway review meeting, organised by Happiness Mkhatshwa. This meeting allowed the interviewers to reflect upon and receive feedback on their interviewing skills, and to collectively review the main themes emerging from the interviews. These included child abuse, disclosure, stigma and discrimination, differing experiences of support groups, testing, women’s positions, emotional responses, widowhood and family conflict.

A final “end of collection” meeting is due to be held in January, which will offer interviewers the chance to be involved in detailed analysis of their testimonies. It will also be an opportunity for participants to discuss ways to use the testimonies for effective advocacy. 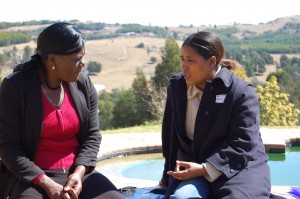 Happiness values the project’s aim to involve the team of HIV positive interviewers in more than just data collection: “The thing I appreciate most about this project? Having learnt the methodology, participants were involved in planning how the testimonies could be used. Compared to just collecting data and then passing it on, this was a respectful act and experience which is needed. The workshop also demonstrated that people from diverse educational and socio economical backgrounds can be innovative and confident if the environment is one of respect and collaboration.”

Lindiwe is also due to attend the ICASA conference, starting next week in Addis Ababa, where she will share her experiences of oral testimony with the Stigma Index project partners in Ethiopia and Mozambique. 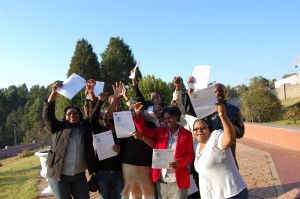 “This has been a wonderful experience and it was a privilege that people would trust me in this manner to share things they had never shared with anyone,” Lindiwe said. “It felt like a journey which we took together and felt wonderful afterwards.”

Further detail on the Stigma Index