You are here: Home » Blogs & features » Voices from the Ground » I am being followed because of my videos 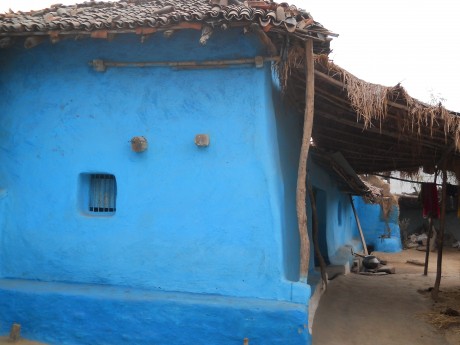 I was born in a village called Machandur in Chhattisgarh’s Rajnandgaon district. This is where I grew up and got married as well. But after my husband died, I had to move out of his home, as I had to earn to support myself and my two children. I have been living in different villages since then. Some of them are considered “Maoist Affected” which means the Maoists guerrillas [also known as Naxalites] are very active there.

But since I work amidst the poorest of the poor, I hardly get bothered by such political developments. For us what matters are issues like getting enough food, or getting back our only land that has been forcefully taken away by mining companies.

But it seems the police are monitoring my movement and trying to see a certain political motive behind it.

Six months ago I made a short video about a group of Dalit women who have set up a ready-to-eat food factory in a village called Vihiri. I carry a CD of that video wherever I go and tell women in other villages that this is a good example to follow.

A few weeks ago, I was returning to Ambagarh Chowki – a village where I live now. On the bus, I received a message on my mobile phone from a fellow social activist telling me that the Supreme Court of India had declared Salwa Judum illegal and unconstitutional. (Salwa Judum, a privately-owned armed outfit which receives support and training from the state government, was deploying tribal youths to fight against the Maoist insurgency. Most of the time, they arrest poor forest dwellers and torture them for information on the Maoist guerrillas.)

Neither I, nor any of my colleagues at Jurmil Morcha [a local people’s movement based in Chhattisgarh] has access to regular news media. We have no TV, no radio and can’t afford to buy newspapers either. So, friends and colleagues often send us text messages to share any information they find interesting. That evening, it was dark and since I have poor eyesight, I asked a man sitting beside me to read the message for me.

From then on, he started looking at me with suspicion and asked me many questions about my work, where I lived and what I did. The very next day, a group of policemen came to my house. They said that it was a routine check, that they only were listing all the people who rented a house in the area.

I don’t know if such things happen elsewhere, but I was ready to cooperate. However, they later started asking me how I earned my living, how I received the money and in which bank I maintained the account with. After I answered all their questions, they took the phone numbers of all my relatives and asked me to come to the police station the next day with four copies of photos, my photo identity and several other documents.

It is the second time in six months that I had been called to the police station. The last time it happened, my landlord asked me to vacate the house immediately, saying he didn’t want any trouble. In the police station they asked me if I knew any Maoists. I was also asked many questions on the villages that I had stayed in last few years. Finally, they wanted to know why I made videos, who paid for them and what they were used for.

But it is not the police alone that follow me. In December, I went to a forest village where people wanted to know about community media. I told them what I knew: as community members, we could report anything that was relevant to us. But after a while some Maoist leaders came and started interrogating the villagers about what I said. Now, people in the village are too scared to even speak.

I don’t know when this will stop. What I do know, however, is that despite this constant questioning, I am not going to stop either making videos, or protesting against what we tribal people are suffering from: displacement, loss of livelihood and forced migration.