You are here: Home » Blogs & features » Voices from the Ground » No one here escapes malaria 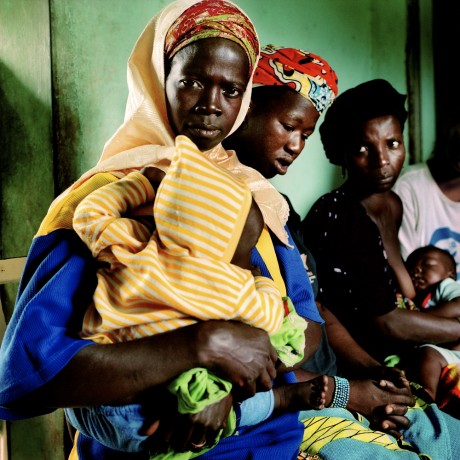 Women are responsible for children’s health. We are the first people in the family to notice that a child is sick. The children living with me suffer many times in the year from malaria. Sometimes I become very anxious because malaria can be lethal. I don’t think it is possible to cure this disease totally. You can recover from it but you will suffer from it again. No one can live without malaria.

Myself, I have been sick from it during the rainy season. Several treatments are needed to cure a malaria bout. People widely use traditional medicines because they are very accessible. You just have to go in the bush to look for the roots or the leaves of the medicinal trees for free. The modern medicines need to be purchased in the chemist and they are expensive. But for children under five years old and pregnant women malaria treatment is now free in the health centres. Whatever medicine you use you can’t recover forever from malaria.

So we use both traditional and modern medicines. Tradition and modernity are complementary. Tradition is still important in people’s life here. From cradle to grave your existence is marked by traditional rules. When a woman gives birth a lot of ceremonies are linked to that event. A woman will be chosen to inform all the villagers. Then, according to tradition, the other women of the village are expected to pay a visit to the mother with gifts to bless the new baby. Some cook tasty foods for the mother some give soap or money for the baby. On the seventh day after the birth the baby will be baptised by the men in the village. That day the men gather at the baby’s parents’ home under the authority of the Imam who will announce the name of the baby.

Traditional events will accompany the baby’s life. This is why a boy will be circumcised later. But the doctors say that female genital mutilation [the partial or total removal of the external female genitalia, also known as female genital cutting] is bad. They say that many reproductive problems of women are linked to it. I didn’t understand what they were talking about until I saw photographs of the consequences. But it is our tradition and it is transmitted from generation to generation. People don’t want to abandon female genital mutilation. It is a part of our identity. Some accidents happen. For example when a girl is cut she can die from the bleeding. When those kinds of accidents occur people say it is due to witchcraft. I don’t think we will abandon female genital cutting because of that. Many women survived it in the past. That is what people say when they are asked to ban it.