You are here: Home » Blogs & features » Voices from the Ground » Leadership is sometimes not an option, but a duty 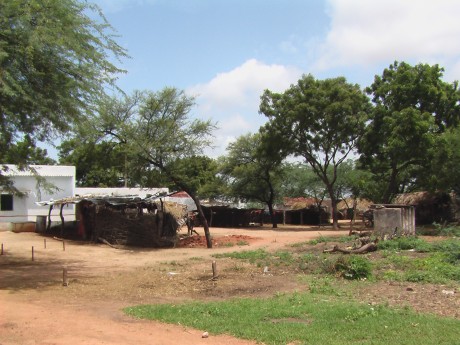 Thirty years ago, I became the first girl in my community to go to school. Before that, no Dalit girl had ever known how to read or write and my admission to the school in my village in Nalgonda district of Andhra Pradesh state created a huge uproar.

Our family had converted to Christianity shortly before that. This happened after my mother met some Christian missionaries who told her that the church greatly emphasised education and would support any parent who decided to send her children to school. The missionaries also told my mother that as Christians, she and her children would never again be looked down upon as ‘untouchable’.

However, our conversion angered the village head – a non-Dalit – who said that by denouncing Hinduism, we had committed a sin. He also said that by sending their daughter to school, my parents had “crossed a line” and ought to be punished. The village head then asked everyone to sever all ties with us. So, now, in addition to being untouchable, we also became social outcasts. And that is how I spent my entire childhood.

This, however, also opened ways for me to experience the cycle of deprivation that an average Dalit person undergoes in this country. I realised very early in life that the rate of education among Dalits in rural India was very low because the village head often discouraged them from being educated. Also, most Dalit families were too poor to pay for their children to go to school and heavily depended on the government to provide free hostel facilities. For example, despite having a school in our village, I had to go to a hostel in the town nearby because my parents could not pay for my food, let alone books and uniforms.

In the seventh grade I had to start working to help my family and also to pay for my exam fees. After 10 hours’ work in agricultural fields, I used to get paid Rs3-5 (around six cents) for that’s what a Dalit labourer was paid then. A non-Dalit worker, however, got much higher wages. Education helped me understand that injustice. Later, it also helped me learn that the government had fixed a universal, minimum wage for every employer to pay. But above all, it helped me understand that if you became the only one in a community to receive certain opportunities, you also had the responsibility to share it with others.

I was privileged to get educated and I know it is my responsibility to help other girls from my community to go to school. I also had a responsibility to help my fellow community members understand that by blindly obeying the village headman, they were perpetuating the “backwardness” of the community. Leadership, I realised at this point, wasn’t always a choice for making, but a duty.

This is why whenever I visited my home, I met children in my neighbourhood and told them about my school and the fun I had at class. I would make them curious, even jealous, so that they asked their parents to send them to school. Since my family wasn’t allowed to directly interact with village elders, this was my way to pressurise them. And it worked: in years that followed, parents started sending their daughters to school and today girl’s education is as common as the education of boys in our village. In an otherwise grim situation, this not only made me smile, but convinced me that bringing change in other areas was also possible.