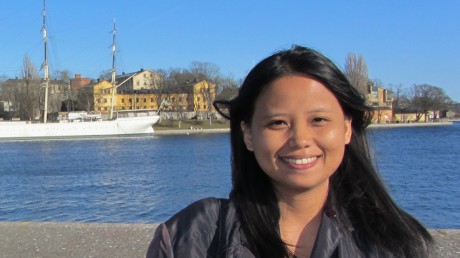 Purple Romero is a reporter based in Manila in the Philippines. She has been a journalist for five years and was published for the first time in December 2010 with the Linking Southern Journalists project. She spoke to Kate Ixer about her participation in the project.

“I have a regular job, but I write for other publications. I work as a multimedia reporter in Manila, with photos, videos and I also write articles. I basically cover the Supreme Court but on the side I write about human rights issues and climate change, and for other publications too, and ASEAN, Association of Southeast Asian Nations, another regional magazine.”

“Do your research, your homework. Maybe this subject has already been covered in your country before, but you have to give them [an international editor] a fresh angle. Improve your writing. If you’re used to writing in a straight news style, you should write more in a news feature kind of style. Remember the Europeans don’t know how these people look like, how they talk, who they are. Show them. Don’t tell them, show them what’s happening, why is this happening and stop victimising these people. That’s what I hate about Asian media, that everyone is portrayed as a victim, like their lives are over even before they started. This gave me a chance to show they can do something about it, so stop victimising the subject.”

“Oh yes. In the Philippines they love to show mothers crying, but if you sensationalise a subject people just get desensitised. ‘What can we do about it? They’re poor, they’re going to die that way.’ As a journalist we are supposed to push for reforms and re-kindle hope in some sort of way, and the Europeans are very open to that.”

How has the project benefitted you?

“I think it doesn’t only work for the journalists but also for the editors and other different publications because we both learn from each other. This project really helped us grow as journalists. There are no bad points because it’s growth, it’s just happened because of it.” 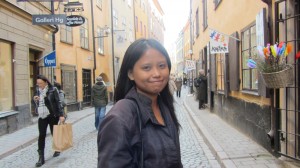