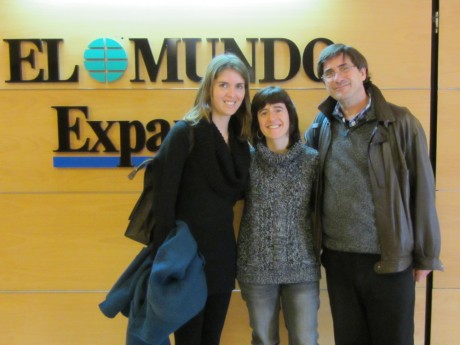 Ana Aranha is a reporter, based in Sao Paulo. She works as a freelance journalist and for the investigative journalism agency Publica, set up by former Panos London intern and journalist Natalia Viana. She joined the Panos London Linking Southern Journalists with European Media project in 2011 – and spoke to Kate Ixer about her participation in the project.

Tell us a little about yourself

I graduated in 2005 and I started working as an intern in 2004 at Epoca, the second largest news magazine in Brazil. I worked there since I was an intern in 2004 until I was a reporter in 2001, so I worked there for 7 years. That’s when Panos contacted me and that’s when I started freelancing, I left the magazine and started freelancing for Panos and for other magazines and newspapers in Brazil.

It was amazing. It really changed my perspective of my own work. I had been working at this magazine for 7 years and the first feature I wrote for Panos was published in The Guardian. It was a huge surprise and actually helped me and gave me the courage to quit my job and go for the freelance life which I didn’t regret at all. It’s been a great experience, writing for different newspapers, different magazines, opening my view, my possibilities.

The format of the text is not very different; I was actually surprised to see that the same kind of style that I like to use in Brazil, I could also use here and it was well accepted. I was surprised by that, I thought it would be different; but there is a huge difference in the angle of the stories and the stories themselves. In Brazil I always had a hard time to write about some issues that international media is more interested in, like human rights violations, poverty, prejudices against women and certain issues are not very well covered by national media in Brazil. They are more accepted by European media.

I think that is very hard without Panos’ help in the beginning. I don’t know how it will be in the future. I think the beginning is very hard just to introduce yourself like “I’m a journalist in Brazil who wants to write for you”. I think you need to have someone helping you making this bridge, letting the editor know that you are a serious journalist in your country, and also helping him explaining things to a broader audience. I would say find someone to help you, like we had here at Panos.

It’s a great opportunity not only for us journalists but to link stories. I think that when we manage to link the human stories from the ground from places hard to reach in Brazil with readers – middle-class readers or whoever is reading the European media – we create a connection that is very valuable and I think it is very hard to get without a project like that.