You are here: Home » Blogs & features » Voices from the Ground » Controversy as methadone treatment reaches Manipur 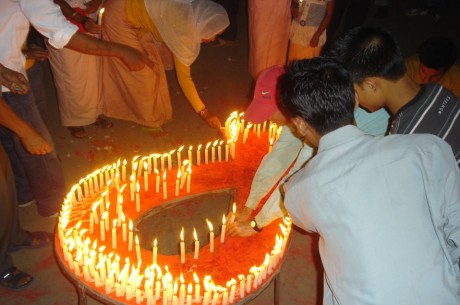 Last month, Manipur became the first state in north east India to initiate methadone courses for the treatment of drug dependence. The methadone maintenance treatment programme, launched on April 14 at the Regional Institute of Medical Sciences here in Imphal, became the fourth such initiative in India. Altogether, 50 drug users will be given methadone treatment on a trial basis for one year. Previously, opioid substitution therapy (OST), which uses buprenorphine, was the most prevalent treatment.

The new programme has sparked heated discussion among both drug user and HIV and AIDS communities, as well as among NGOs, community based organisations and medical circles, regarding the pros and cons of methadone versus buprenorphine. When I inquired, I was told that methadone is cheaper than buprenorphine, and it has to be used only once a day. But on the other hand, some of the people I spoke to told me that methadone can cause withdrawal symptoms, addiction and overdose. 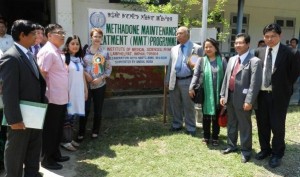 Another initiative – this time to help the treatment of HIV and AIDS in the state is the Early Infant Diagnosis programme, which was launched in December last year. Before this initiative, parents living with HIV and AIDS had to wait and agonising 18 months before they could find out whether they had passed on the virus to their child. This is because the babies could not have the necessary antibody test until they were 18 months old.

The new programme means babies can be tested between the ages of six weeks and six months. A final antibody test will also be done later on but the earlier tests mean care and treatment can be started earlier, giving the children a better chance of survival.

This is very important in Manipur as the HIV epidemic has moved from high risk groups such as injecting drug users into the general population. The first HIV case was reported in the state in 1989 and by 1994, the first pediatric HIV infection was also reported.

There were more than 2,500 children living with HIV and AIDS in the state as of January last year, according to the Manipur State AIDS Control Society. I fear that the actual figure will be much higher because even after so many years of awareness and sensitisation, there is still a lot of stigma and discrimination regarding HIV and AIDS, making many HIV-positive people hide their status. This in turn creates a sort of crisis situation for future generations in the state, because if the children are not there, then there will be no future for us.