You are here: Home » Blogs & features » Panos London Blog » Media and governance: what the academics say 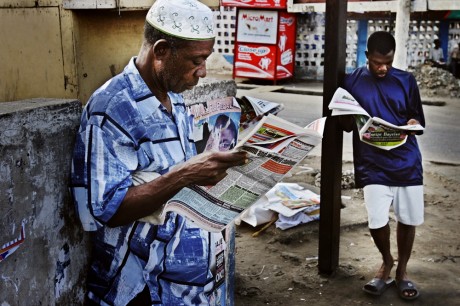 In my work as a development communications consultant, the relationship between mass media and good governance is often debated. Does a free press help improve governance and reduce corruption? Does the presence of a pluralistic media make the government more accountable?

The common view in the media development community is “yes”. But over the years it has struck me how often theses assertions are followed up by the phrase “studies have shown…”

What do these studies actually show? And are those outside academic circles aware of the full findings?

Those initial questions became the starting point for a report I wrote and recently had published for the US think tank the Center for International Media Assistance. In it I have summarised the work of 11 leading academics. My aim was to distil some of the fundamental debates about the relationship between the media and the state – debates that have been raging since the Enlightenment – in a brief and accessible way.

When I looked more deeply at some of the most quoted texts on media and governance there were a few surprises.

The first challenge was deciding who to include. To get the ball rolling I contacted the wide network of colleagues and friends in the media development field that I have built up over the years. I received a fantastic response – 95 writers in all were suggested, along with numerous links to papers and websites.

I was intrigued to find out which writers and papers would come out on top. Would it be Amartya Sen? Or Reinnika and Svensson with their oft-quoted study showing a correlation between newspaper circulation and reduced corruption in Ugandan schools? Or perhaps Allen, Putzel and Stremlau who suggest that templates for media assistance do not work in crisis states?

I was slightly surprised that the list didn’t include more empirical studies. Rather, what emerged was a list of more general writers and thinkers on the topic of democracy and governance and those who have theorised about the role of the media rather than ‘proved’ something on the ground. This might be because people tend to remember the names of editors of collected volumes and of people who speak on, and make a career about, a topic, rather than the less famous team of researchers who have done the work on the ground. For example economists, agriculturalists, health experts and so on, who have chosen – perhaps as a one-off – to include a media element in their work.

So I decided to include more of a spread of dissenting and developing-country perspectives and to concentrate on real-life empirical studies where possible, and in the end I didn’t choose by the number of votes alone.

My final ‘who’s who’ of academics in this field is:

So, does the existence of a free media increase accountability and reduce corruption? The short answer is: “It depends”. There is no easy answer. But I hope that in summing up the main arguments I have provided a wide range of views that will give the reader the chance to draw their own conclusions on the relationship between the media and government.

And if there are any academics or experts that you think add a new dimension to the debate, please leave a comment. I would be interested to hear from you.

Is There a Link Between Media and Good Governance? What the Academics Say