You are here: Home » Blogs & features » Voices from the Ground » Mali villagers too hungry to fast for Ramadan 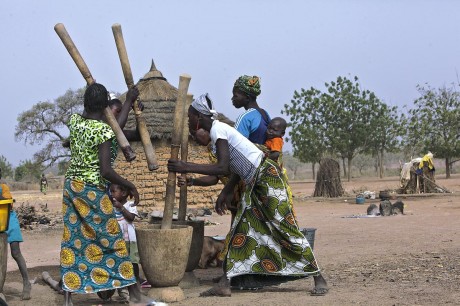 Food shortages are very stressful here. It is different from this time last year. I’m really worried because the month of fasting has started. At the end of each fasting day you need to eat nutritious food. I’m used to fasting every year, but this year I don’t think I can do it because I don’t have enough food.

We face these food shortage problems every year. The crops I produce in my farm aren’t sufficient to feed us all the year round. Even today I will have to buy rice from a shop [because we have no stores of food]. Once we consume all the food produced in our farms we start buying food until the next harvest. But I don’t have the money to buy food as I’d like to. Normally we women get money from selling shea butter that we make but this year there was no shea fruit. Another source of income is from selling néré fruits – but we were forced to pick them early this year because we had run out of food.

The quantity of food we consume as a family is increasing, as children eat more as they get bigger. The food that was sufficient per day in the past isn’t enough nowadays. This year we need almost double of what we used to eat last year. The problem in the rainy season is that we need to eat more food in order to carry out harsh farm work. If you don’t eat well you can’t work well in the farm.

The village already received cereals from the government this year. They brought it into the village cereal bank store. Then they distributed it between the families. Each family received its share and I got a bag of 50kg of millet. But it only lasted for one month. If I have to cook breakfast, lunch and dinner 50kg of cereal can’t feed us for more than a month.

I hope the government and other donors will continue to help us this way. Even yesterday I saw men transporting many bags of cereal into the village. They have not distributed that yet, but I think it will be done soon. No one in this village has any of their last harvest left. Everyone is buying food to survive.

I don’t know when there will be an end to this situation. Only God can save us from all these problems. It is not only our village; all the neighbouring villages are in the same situation. More than three months ago they said on the national radio that many other villages in Mali are being assisted with food distribution.