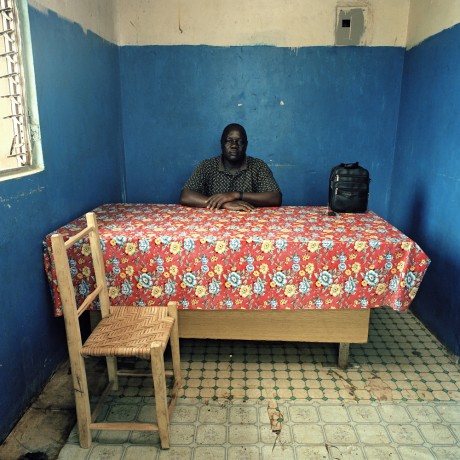 Henry D. Snorton, senior tax collector in Liberia's Margibi County, explains the difficulties of his job: "We have absolutely nothing: no decent office furniture, no telephones, no typewriters, not even a motorbike to collect tax in remote areas. Our collectors sometimes walk for a whole day to visit one taxable. Many villages cannot be reached by road" - Jan Banning | Panos Pictures

Tax collection is crucial in helping poor countries escape aid dependency and poverty, according to MPs on the House of Commons International Development Committee.

The cross-party committee, which released its findings this week, said Britain’s international aid effort should concentrate more on helping developing
countries collect their own taxes properly.

With this in mind, we’ve put together a selection of features and media briefings that explore different elements of tax collection in developing countries.

In Rwanda, Uganda, Kenya and Ghana we look at the impact taxes have on ordinary people, what is being done by governments to collect tax and what more can be done to make tax collection efficient and transparent.

Would a tax on mobile phones boost or hamper development? Are governments spending the tax that they do raise wisely? What can ordinary citizens do to hold their governments to account? Click on the links below to find out. 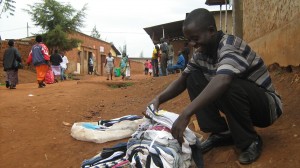 Rwanda: expanding the tax bracket – how low can you go?

The Rwandan government hopes to raise enough money through taxes to no longer be dependent on foreign aid. But integrating the country’s informal sector into the tax system is difficult. Eugene Kwibuka meets street hawkers struggling to cope with the new policies.

Uganda: mobile phone tax – a cash cow or a barrier to development?

Many Africans consider mobile phones a lifeline rather than a luxury, yet for a large number of the rural poor they are still prohibitively expensive to buy and use. Mobile phone companies have been lobbying governments, including Uganda’s, to cut high mobile phone taxes, which they say inflate prices. Tabu F Butagira investigates. 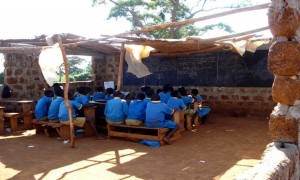 Find out how an anti-corruption activist exposed how Kenyan taxes were being misspent by the government. Incomplete or abandoned projects, contracts and jobs given to family members and funds used for campaigning are just some examples of the corruption, mis-management and incompetence his “Citizen Report Cards” revealed. Michael Omondi met the man helping to unlock Kenya’s tax secrets.

Ghana: taxation – what’s in it for me?

Ghana’s former president and former tax professor John Atta Mills tried to widen the country’s tax base – something that had been attempted by successive governments for 30 years and was often violently opposed by the population. Isaac Tetteh asked citizens in Accra whether they think their tax money is being spent wisely.

Street hawkers face a daily battle with the authorities to sell their goods on the streets of Nairobi. Some street vendors would prefer to run a legitimate business and pay tax on their earnings. So far that’s proven hard to organise and many vendors on the wrong side of the law regularly pay out nearly as much money in bribes as they would in tax. Eric Kadenge reports.

Local authorities in Uganda collect taxes which are then used to pay for improvements to the local area. One such tax is a fee paid by farmers and traders who want to sell their goods at markets. Known locally as empoza, it’s resented by many poorer traders who feel they don’t always get value for money. Wambi Michael spoke to traders at Amber Court Market in Jinja.

In many developing countries there is little public information or debate about taxation – even at election time. Wealthy and influential people evade tax, and public attitudes to taxation are often overwhelmingly negative.

Research provides a valuable source for journalists to write influential stories that can increase public debate about these critical issues.