You are here: Home » Blogs & features » Voices from the Ground » Thanks to Panos, I am now seen and heard 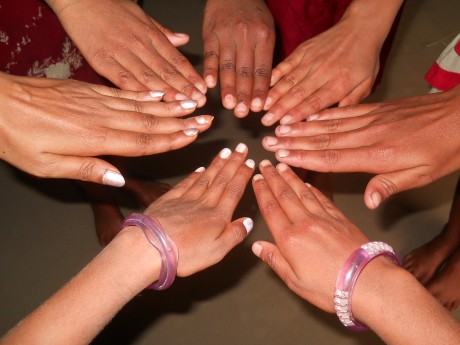 As a poor woman and activist from a ‘backward’ caste, I always felt invisible and unheard. But today I feel seen and heard. I feel that more people are aware of my work and also of my strength. And I think a lot of that was possible because of media, especially these blogs that have been published by Panos London.

I know this because many people – activists, journalists and other media professionals – have called me and told me that they have read my blogs. Some of them said that they learnt many new facts about Chhattisgarh state.

Some said that they loved the way I and my fellow activists are working, and felt inspired. In fact, every week someone invites me to be part of a new social movement.

I also received two honours this year as a result of the blogs. First, I was offered a fellowship from CG Net Swara, an Indian organisation that promotes citizen journalism. And then, in September, I received an award for rural creativity from Women World’s Summit Foundation, Switzerland. This award included US$5,000.

But the biggest impact has been on my children.

My 18-year old son, who is the only person in my family who can read English, has been printing out every blog and reading them aloud to me and my daughter, who is 14.

Earlier, he wanted only to get a good job. But now he wants to become a progressive farmer and practise sustainable agriculture. He says that he wants to follow me and help stop migration in our villages. As a mother, this is my biggest award.

I always say that a government cannot do everything, especially in a country like India which has so much poverty and is so complex. But if the media highlights and gives visibility to those who are bringing social change, it can inspire more citizens to take an active interest into the affairs of state. This way, we can have a truly participatory democracy.