You are here: Home » Blogs & features » Voices from the Ground » I am committed to blog on

I am committed to blog on 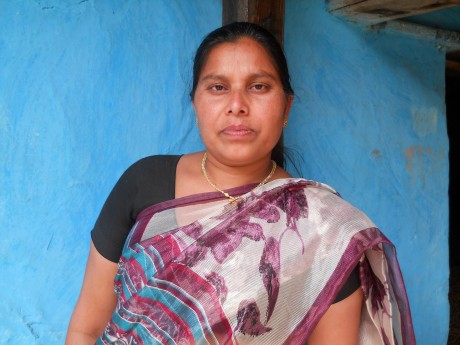 Mary Madiga has inspired others by her courage

As a Dalit in India, you become an activist the very day you protest against the social injustice you face. This means I became an activist when I was just a child. It has been nearly three decades since then, yet the only time a media outlet came to me was when I was beaten by the police, or dragged to jail.

Panos London was the first media outlet to come to me at a time of peace. It gave me the rare opportunity to share with the world the stories that nobody else wants: difficulties faced by little Dalit girls in the rural districts of India, the harassment faced by Dalit women who marry outside their communities and the general struggle of Dalit people to access their rights.

Now when I started to blog for Panos London, I was only too happy to speak to a global audience. What I didn’t know was that it would also help me get a wider audience in my own state. In past few months, whenever I have taken part in a street rally or a sit-in protest demanding a separate state for Telengana [a region of Andhra Pradesh], someone has always come over to me and said, ‘I have read your blogs and I am inspired by your courage’. Most of these are young men and it gives me so much hope to see that I have been able to reach out to members of the younger generation who are ready to work for social change.

Recently in Haryana – a state in north India, a large number of Dalit women were raped by higher caste men. It enraged our local Dalit youths in Hyderabad so much that they decided to shoot some special videos, where Dalit women activists could express their own views. One of them interviewed me as well. The context is unfortunate, but I’m glad these youths came to me and I could share the situation within Hyderabad and nearby districts.

Media in India has always been less than fair to us Dalit women. Unless something destructive happens, we do not count. Panos London made me feel counted and I am very grateful for that. I am now learning how to use the internet and how to blog on my own and I attribute this to Panos London again because it has shown me how we can also change mindsets by sharing our stories.