You are here: Home » Our work » Our methodologies » Media 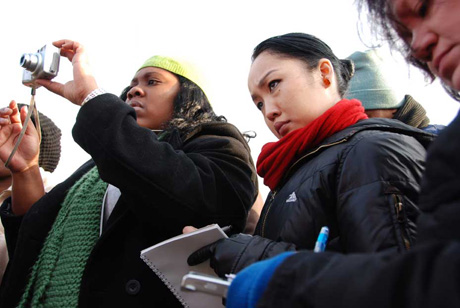 The media is the main source of information for most people in the world. In our report At the heart of change we identified four key elements needed for a healthy media able to hold governments to account and promote debate and change in society:

We support journalists and the media in developing countries because no other sector of society has such a profound and sustainable effect on the quantity and quality, diversity and freedom of information and communication.

They say you shouldn’t change a winning formula. Sex sells – it’s been doing it for Hollywood, Bollywood and Nollywood for decades. And it goes for development too.
Lilly Peel finds out how.