You are here: Home » Our work » Themes » Communicating research 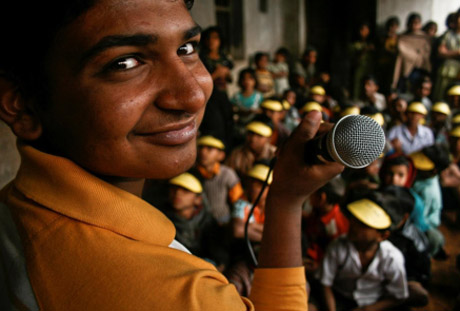 We develop skills among journalists and strengthen alliances among the different stakeholders who can influence policy outcomes, working in Eastern and Southern Africa, South Asia and the Caribbean.

This guide provides practical tips and guidance for journalists and editors interested in publishing stories based on development research findings.

Nearly 10 years after the launch of an international effort to tackle the global health  emergency, TB remains one of the world’s major causes of death.

We’re proud to be able to show you a documentary video made by Panos Relay journalist fellow Sandeep Patil, as well as other work from the concluding project.

Aliness Munyanta speaks to us about how Anti RetroViral treatment helped her to conceive a beautiful baby girl after losing two children to AIDS.

To mark World AIDS Day, Panos London produced a set of features on the issue of HIV and AIDS. They offered readers insights into the experiences of people living with, fighting against and being educated about the global epidemic.

As part of our 25th anniversary series, Martin Foreman tells us about Panos’ work on HIV and AIDS – how he became involved and the work that helped shape the global approach to the epidemic.

Celebrating 25 years of Panos’ work in international development, Geoff Barnard reflects on setting up the organisation in 1986.

Tax and governance issues hit primetime airways in Uganda as a result of a workshop bringing journalists and researchers together.

Tania Ghosh from the Relay programme introduces the first in a series of blogs on communicating research findings.

Mega-dams have caused controversy around the world. The Lower Subansiri Hydroelectric project, being constructed in Arunachal Pradesh, North-east India is no exception.

Female garment workers in Cambodia who have migrated to the capital are more exposed to a risk of HIV infection because of the changes in their social and economic circumstances, a new report claims.

Researchers have criticised the attitude of health service providers in Ecuador, saying their judgmental approach is compromising adolescent girls' rights to sexual healthcare.

A new study predicts the effects of climate change will reduce Ethiopia's economic growth and widen the gap between the country's poorest and richest people by 20 per cent.

A new report claims that women's groups in Nepal have helped to cut deaths among mothers and newborn babies by up to 30 per cent. The study suggests this was achieved by developing women's confidence and encouraging them to share their experiences of childbirth.

School truancy could act as an early warning sign helping authorities to identify children at risk of becoming homeless, according to a report on street children in South Africa.

Despite receiving US$12 billion in aid since peace was established 17 years ago, a new report says there has been no real poverty reduction in Mozambique. And the high levels of aid has also left the government accountable to donors, rather than the people.

Chinese sex workers who are sent to labour camps have a higher risk of contracting HIV than those who are not, a report has found. It also indicates that HIV prevelence is much higher in cities, which have camps, compared to those without.

The migration of nurses to wealthier countries could potentially benefit Caribbean healthcare systems if managed properly, a report claims. The report suggests that when a nurse returns – as most eventually do – they can bring important experiences with them.

Researchers have published a compendium of case studies revealing how indigenous people have been affected by and are adapting to climate change. The report recommends that Western scientists draw on their knowledge and experience.

Officials from Colombia's counter-narcotics strategy have overstated the extent of security improvements in regions affected by drug-related conflict, according to researchers.

A research article on Malawi's fertiliser subsidy programme claims organised crime and corruption linked to the scheme has undermined its potential benefits for the poor.