You are here: Home » Our work » Themes » Human security and migration 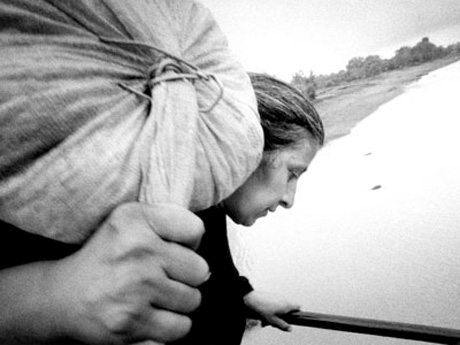 Panos London has started working on human security and migration projects which will provide communities with greater opportunities to debate constructively and peacefully the issues that lead to polarisation, racism, violence and extremism. The work involves:

The focus of this project is to increase the availability of original, high-quality articles and broadcasts about life in developing countries written by local journalists.

Overview Key issues Resources Links Peace can only be arrived at when former fighters are disarmed and successfully reintegrated into their community / Sven Torfinn – Panos Pictures Armed conflict is an all too familiar theme for journalists in many parts of Africa and Asia. But what happens when the fighting stops? Do people just…

Stories to tell, stories to hear

This video explores, and explains, the process of oral testimony, and why it’s an essential aspect of poverty reduction.

Many young people worldwide face obstacles in accessing sexual and reproductive health information and services. Here a Panos London editor offers an insight into some of the areas to explore around the issue.

A report aimed at policy and decision makers, international, regional and national NGOs working in the areas of HIV/AIDS, the military and/or conflict.

Arms to fight, arms to protect

Women from around the world speak of the psychological and physical damage of war, and the battle for economic survival.

Under a Different Sky is a short film that tells the story of Yongmi Park, who escaped from North Korea and now lives in the North of England with her family. Read accounts about the background of the film, including from Yongmi Park herself.

Sport has an important role to play in development and rehabilitation processes. To celebrate the London 2012 Paralympics, we have dug through our archives to find photographs of inspirational sportsmen and women around the world for whom disability is no barrier.

Olivia Bennett talks about her recent pubication, Displaced: The Human Cost of Development and Resettlement, based on learning and oral testimonies from a Panos London project.

Looking back over how she became the activist she is today, Mary Madiga is proud to be a Dalit – “people who are broken in body, but not in spirit”.

Emotional trauma is perhaps the single largest unreported fallout of Afghanistan’s brutal wars. This interactive theatre project aims to help the survivors cope with violence, even when facing social restrictions.